Student envisions education as a positive force for change in Syria 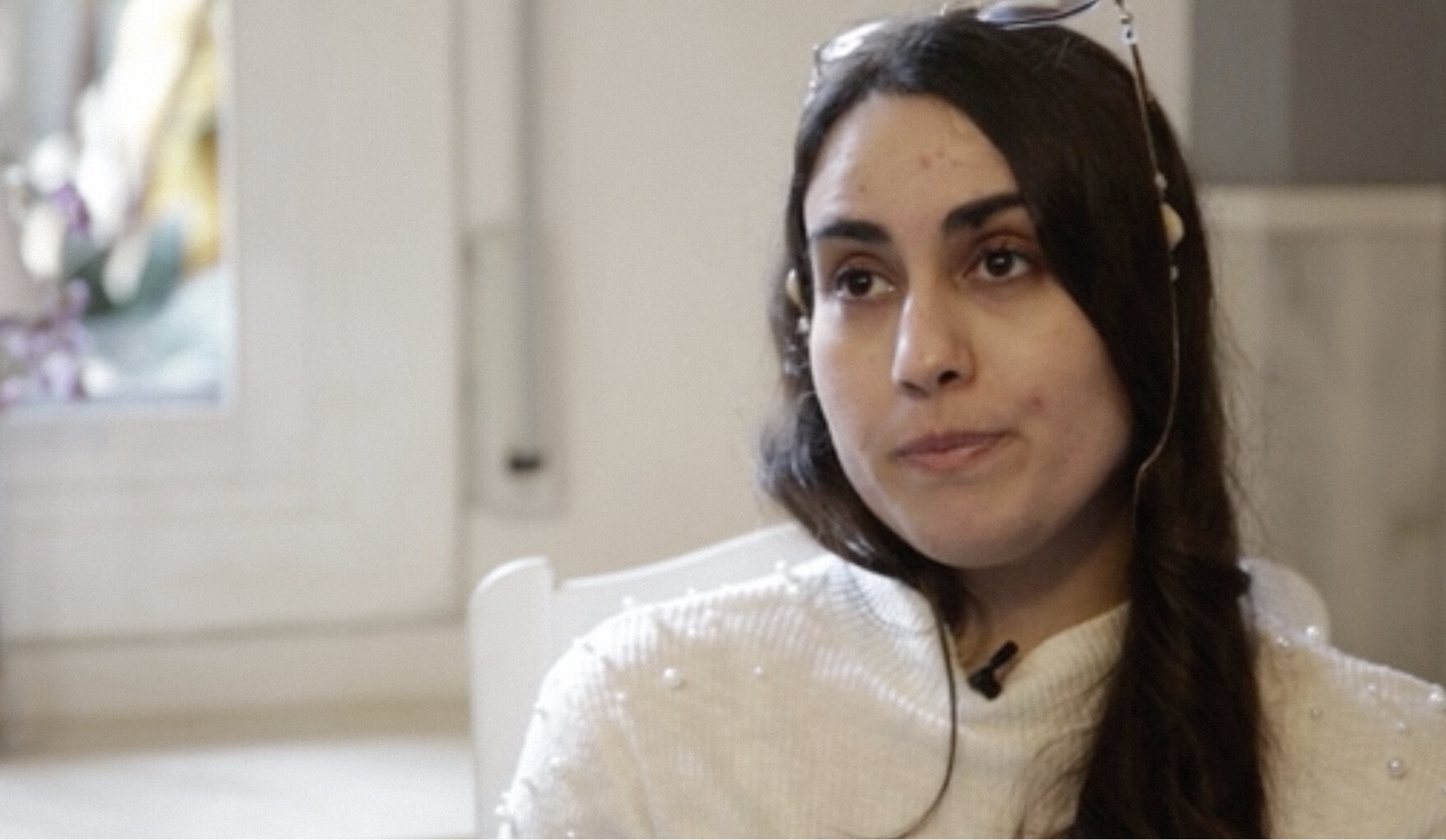 In their words - Iman

Iman had everything she needed in Syria… a job and a full life.

“My life was normal, I was a typical girl living in the Middle East.”

Originally from Homs, Iman remembers watching the news from the Middle East and talking to her dad about what would happen if similar events occurred in Syria. He told her everything would change. She wanted to be in Syria, but he wanted her to have a better life somewhere else. 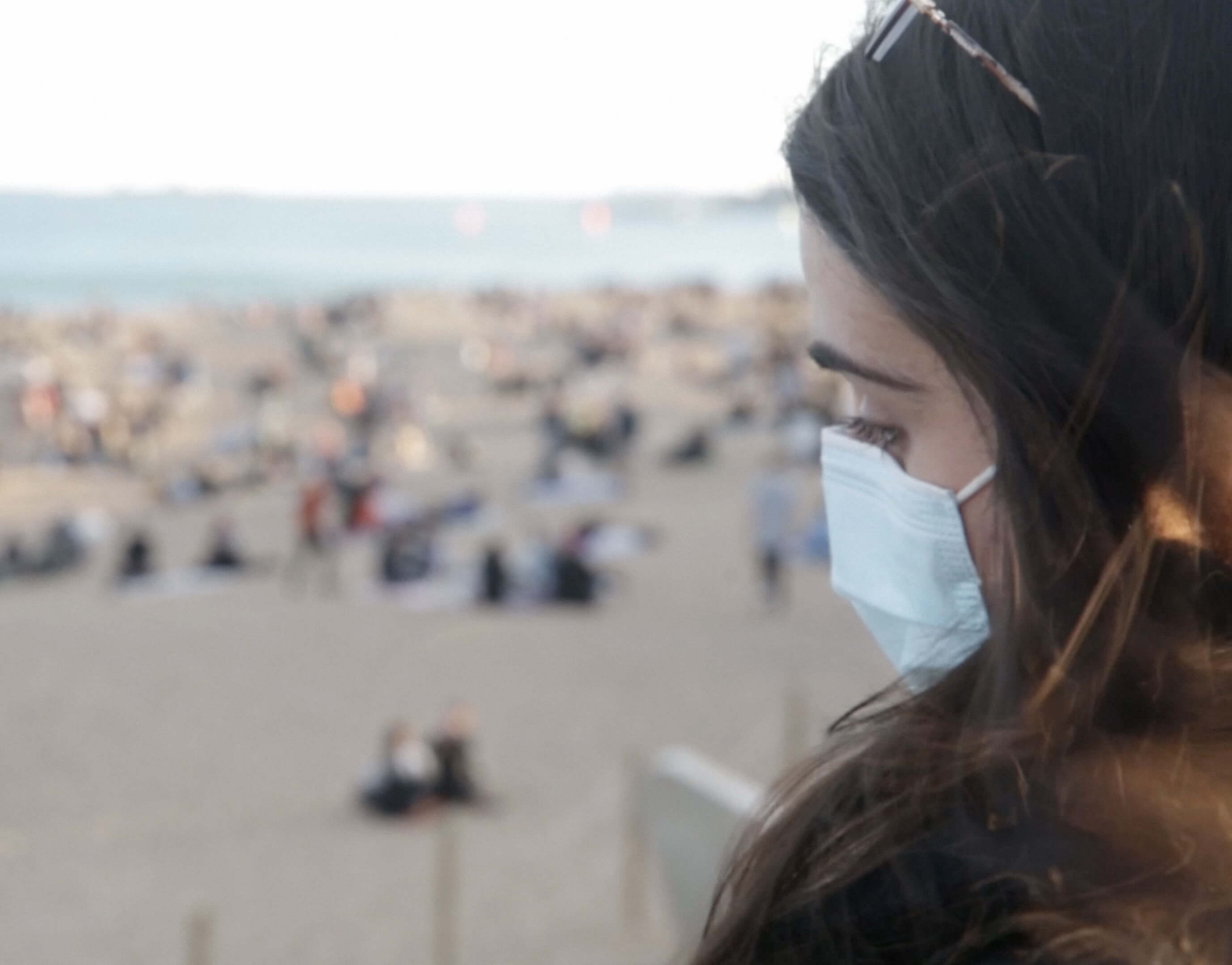 I remember the smell of the bomb
Iman
Back in Syria, Iman worked with children who had been exposed to severe trauma. She saw young children suffering and wondered what the future of Syria would look like.

It won’t affect only one person, it will affect a generation.

Aleppo. The facade of this building collapsed following shelling. Residents make the most of what's left. Ⓒ Hagop Vanesian, 2013. 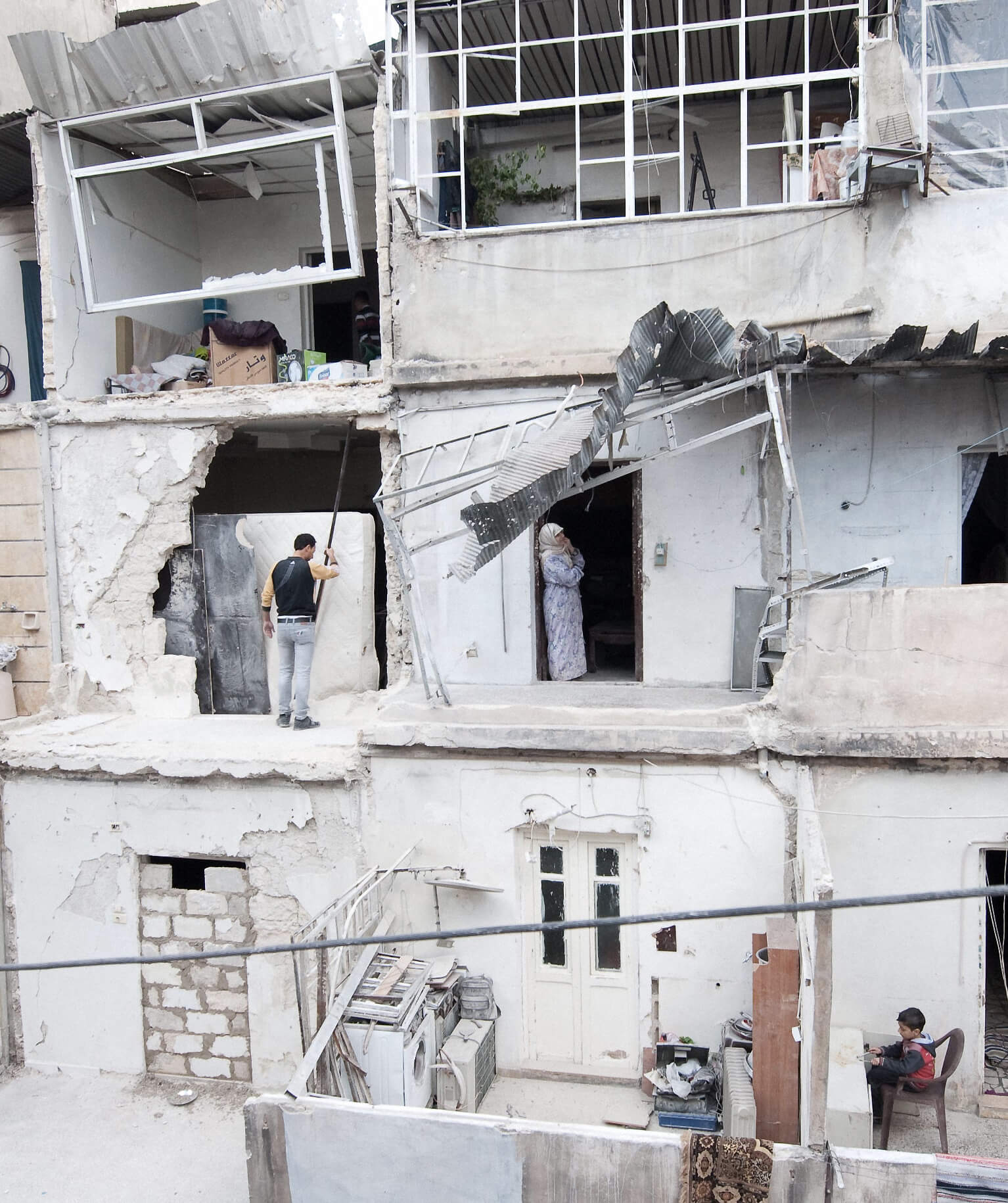 Iman couldn’t complete the political studies she started in Syria.

Eventually, she fled to Lebanon and finally moved to Spain where she obtained a scholarship.

She’s now studying diplomacy in Barcelona and she hopes to use these skills to help people who experience conflict.

“I used to have a full life, but here I have to start from zero and it is difficult.”

In addition to starting over with her studies, Iman is adjusting to a whole new life in a different country.

She’s looking for a job to make ends meet and support her family, but the COVID-19 pandemic has made things even harder.

“I used to have a full life, but here I have to start from zero and it is difficult.”

In addition to starting over with her studies, Iman is adjusting to a whole new life in a different country.

She’s looking for a job to make ends meet and support her family, but the COVID-19 pandemic has made things even harder.

“If you don’t speak the language you can’t do anything,” Iman says. She’s working on learning Spanish.

She has friends from many different places, including Palestine, Spain, and Syria. “It is easy to meet people, but it's not easy to understand the differences between cultures.” 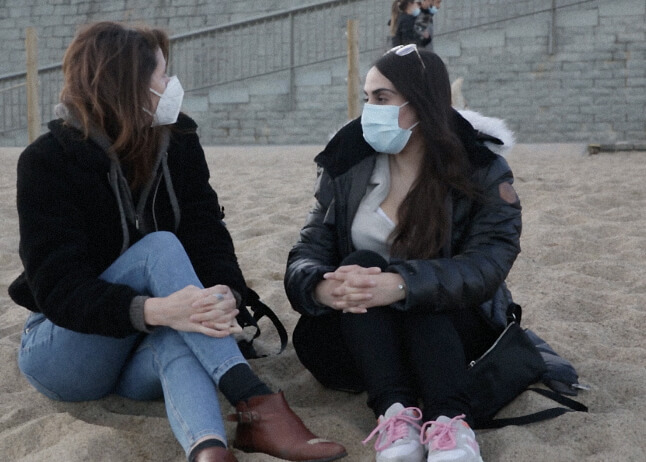 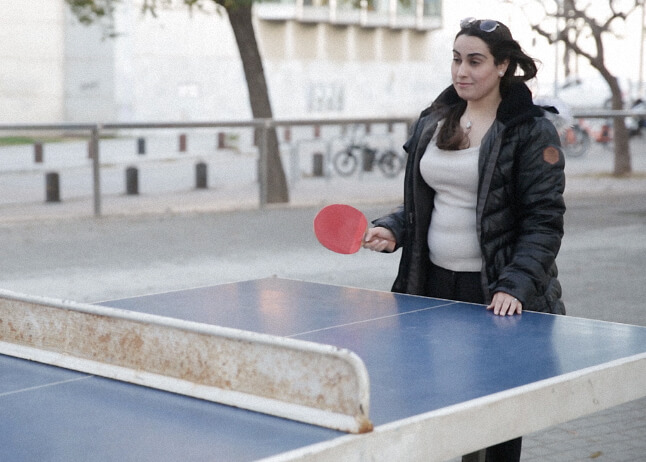 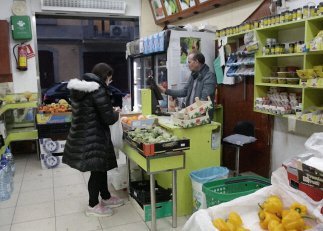 Education paves the way for change

Iman is driven by her desire to help people live a better life. And she says her dream is now even bigger. She wants to work in education in Syria. 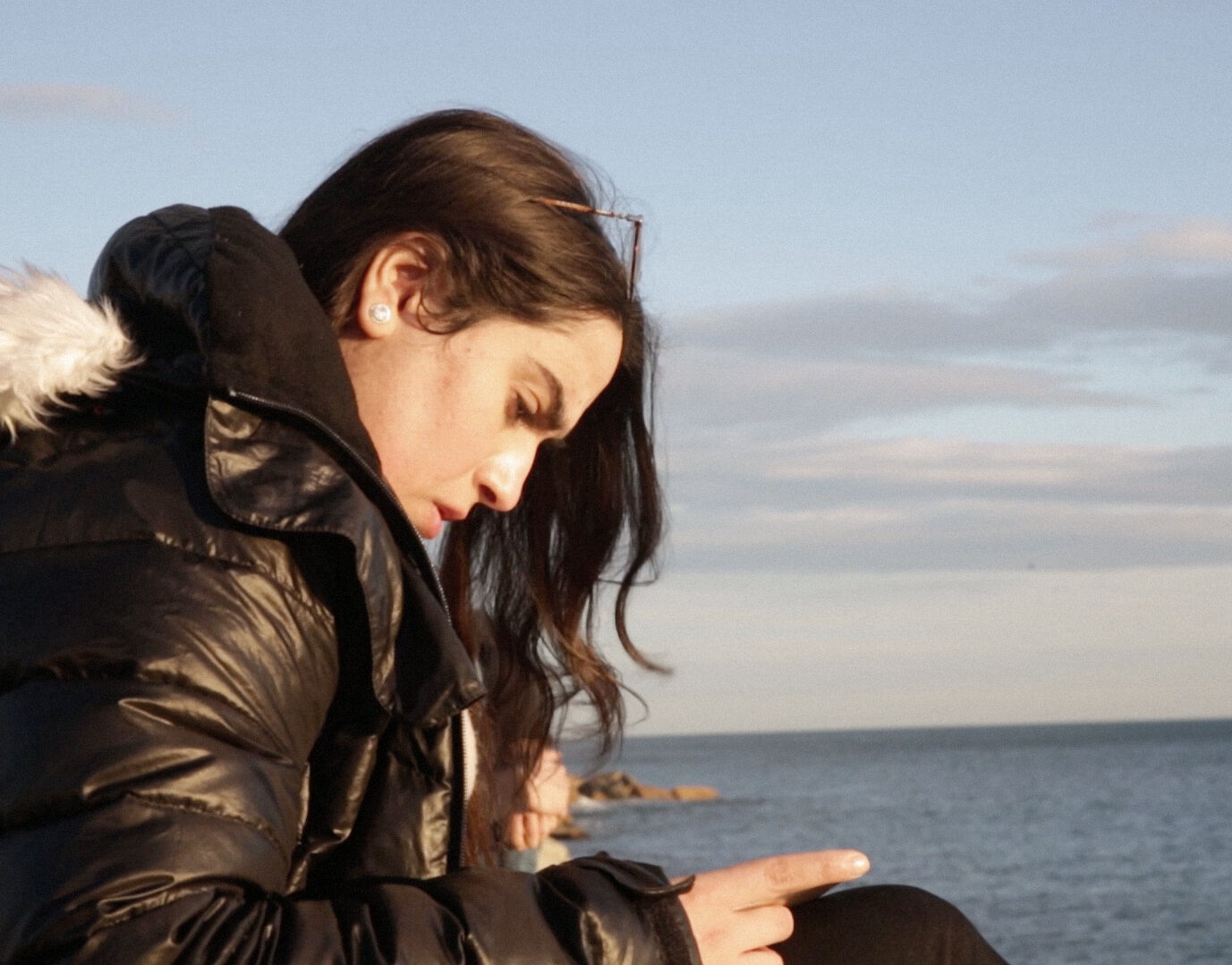 I believe education is one of the most [powerful] forces of change. [If I can] change the education in Syria, maybe I can change a lot.
Iman
Taher
Medical student makes his own path
Iman
Student envisions education as a positive force for change in Syria
Rami
An artist works through the pain of conflict
Amina
A business owner challenges gender norms to support her family
Fatima
A mom finds independence with growing business in refugee camp
The ICRC responds to the most pressing needs of communities affected by conflict and violence, and will continue to do so. Share your email address to receive our report “A Decade of Loss: Syria’s Youth after Ten Years of Crisis”

Subscribe to our newsletter to stay updated about our humanitarian work in Syria and beyond.
Join Us

About ICRC
Established in 1863, the ICRC operates worldwide, helping people affected by conflict and armed violence and promoting the laws that protect victims of war. An independent and neutral organization, its mandate stems from the Geneva Conventions of 1949. We are based in Geneva, Switzerland, and employ over 20,000 people in more than 80 countries. The ICRC is funded mainly by voluntary donations from governments and from National Red Cross and Red Crescent Societies.

Syria is the ICRC’s largest operation in the world. In cooperation with its local partner, the SARC, the ICRC assists communities with healthcare, mental health, economic security, water and habitat, as well as protection and prevention work. Visit our website to know more about our work in Syria and beyond.
The data featured on this website are based on a survey of 1,400 Syrians aged 18 to 25, of whom 800 live in Syria, 400 in Lebanon and 200 in Germany. The age range was chosen to represent individuals whose adolescence and early adulthood have been deeply marked by the conflict. The country locations were selected to ensure a variety of respondents in different situations.
Designed, built, and managed by Fifty and Fifty